Started from the bottom, now we’re in the Final!

It took another seven games and came down to an overtime deflection, but the LA Kings came out victorious. They eliminated the Chicago Blackhawks. Really! The only people more excited about this than Kings fans are Bruins fans.

our long national nightmare is over

The Blackhawks have mostly looked unstoppable the last two seasons, but the flashes of human strength this season were just enough to help the Kings push them to the limit and come out on top. And as joyful as fans feel (myself included) to see the Kings repay Chicago the favor of taking away their opportunity to repeat, that was still somehow just the Western Conference Final. At least one banner will be raised at Staples Center next season, but the Kings have to fight through one last round if they hope to raise the most important one and bring that big, shiny Stanley Cup trophy back to Los Angeles.

Pitting the East and West together for the Stanley Cup Final can mean that there isn’t a whole lot of baggage between opponents. The Kings and New York Rangers have a few different narrative connections amongst individual players and coaches, but overall the teams don’t really have bad blood. The Kings only played the Rangers twice this season, three times if we count the preseason Frozen Fury matchup, which the Kings won. We like the idea of including Frozen Fury, because it means the Rangers are the first team the Kings played on a grand (the MGM Grand, we mean) stage for 2013-14 and they will now be the last. Except, you know, the stakes are about 15 times higher. No big deal.

During the regular season, the Rangers handed the Kings their second home opener loss during the 2013 calendar year. The final score was 3-1 for the Rangers, thanks to two goals from Brad Richards and a shorthanded goal that was gifted to them by Jonathan Quick’s blocker.

The next time the two teams played each other, the Kings were going through a small goal-scoring drought that would end up just being the teaser trailer for essentially all of January. They still managed to win the game in NY 1-0, because Ben Scrivens was casually stringing together back-to-back shutouts. The lone goal was scored by Tyler Toffoli.

The bad news: Ben Scrivens is gone, and Jonathan Quick is still someone who may absolutely allow 3+ goals right now. The good news: Tyler Toffoli’s squinty little face is still around! And he’s not the only one scoring these days.

TELL ME A STORY

Despite not having a franchise vs franchise rivalry, this Final is stuffed with narratives the media have already starting drooling over. It may be a battle to be the team whose juicy playoff story will get to be immortalized in a documentary on NHL Network as much as it’s about Cup bragging rights. Some examples: Before playing with the Columbus Blue Jackets, Marian Gaborik enjoyed playing for the Rangers. He was part of the team the last time the Rangers made it to the Eastern Conference Final in 2012. The Rangers eventually lost that series 4-2 to New Jersey (thanks, NY!), and a season later then-head coach John Tortorella essentially succeeded in running Gaborik out of town. A number of things have changed for the Rangers since then, but this series will be the first time Gaborik plays against his old team as a King and with this much on the line in his first Final appearance.

Meanwhile, Brian Boyle was drafted by the LA Kings, but he wasn’t part of the big club for very long. The Kings traded him away because they seemed unconvinced that he’d develop beyond being a bottom six role player. He’s a bottom six role player for the Rangers now, but he’s had a pretty good postseason this year, so there’s also that.

Kings Men: Days of Future Past The amusing thing about New York ditching Gaborik partly due to Tortorella is that the Rangers gave Tortorella the ax not too long after. Enter Alain Vigneault, who was fired from the Canucks last season. He and Torts traded jobs. Tortorella’s dumpster fire season in Vancouver was as entertaining as watching Vigneault’s near-immediate success with the Rangers. Still, the last time Vigneault faced the Kings in a playoff series, his President’s Trophy-winning team was bounced in five games.

Since then, the Kings have only gotten better. They’re generally seen as the team with the edge in this series. The roles are reversed. Vigneault has a chance to try to out-coach Darryl Sutter and upset the Kings while Sutter will try to coach his team to another victory against a Vigneault team, this time to end a playoff grind rather than kickstart it.

Both the Kings and Rangers are doubling down on a “band of brothers” identity, though for different reasons. With the Rangers, the team seemed to really come together as the playoffs went on. Some of the players have suggested that this is, in part, due to rallying around excellent veteran winger Martin St. Louis after his mother passed away during the Rangers-Penguins series. St. Louis chose to still play in Game 5 of that series just one day later, and a number of his teammates found both his performance and dedication despite tragedy inspiring. The Kings were concurrently pushing through their own tough journey to the Final. They rallied back from 0-3 series deficit against the Sharks in the first round, joining only three other teams in history. They found a way to beat an Anaheim Ducks team that kept proving strangely pesky to them during the regular season and even in the middle of the playoff series, when the Kings lost another three games in a row. Finally, they jumped out to a somewhat surprising series lead against the Chicago Blackhawks, managed to squander it, but then hung on to outlast what is arguably the best team in the NHL. Captain Dustin Brown called it “the most emotional series I’ve been a part of.” He and several other Kings attributed all those comebacks to believing in one another and relying on each other.

The Rangers now have an opportunity to win another Stanley Cup championship exactly 20 years after their last win. The Kings now have a chance to win their second Cup in three seasons, proving that 2012 wasn’t a fluke and firmly establishing Los Angeles as a franchise worthy of respect. Jonathan Quick was a lot of people’s favorite goaltending story of 2011-12. He had a strong regular season and then somehow elevated his game for the postseason, the cherry on top of a stingy defense and a Kings offense that seemed to come together at exactly the right time. He’s struggled in the regular season since then, and though he put together a strong performance during the Olympics, he’s been hot and cold throughout the playoffs. His .906 save percentage looks brutal on its own, but it seems like a serious liability for the Kings when set against Henrik Lundqvist, the “King of New York.” Lundqvist’s .928 save percentage has stolen a few games for the Rangers already this season, including keep the Montreal Canadiens off the board to protect a 1-0 lead during Game 6 of the ECF, clinching the team’s place in the last round.

Lundqvist has consistently been one of the NHL’s best goalies throughout his entire career, but this is the first time he’s made it to the Stanley Cup Final. Quick’s gotten a lot of fair criticism this postseason, especially now that he’s in the first year of his superstar contract. One series isn’t enough to erase a season and a half’s worth of mediocrity, but it’s created a scenario where a former Conn Smythe winner has to show people he can at least keep up with the NHL’s best netminder, who is finally in a position to claim a championship that sort of feels overdue.

Plus, he’s the only person from the 2013 Blackhawks team that still has a chance to be a repeat champion. Of all the people.

Player usage charts during the playoffs so far via Extra Skater: Things are kind of topsy-turvy for the Kings this postseason. Their shooting percentage was ranked 26th out of 30 during the regular season, but they claimed the Jennings trophy for being the team to allow the fewest goals against. They traded places with Boston as the best defensive team in the league all season. Now, in the playoffs, it’s the Rangers that have the defensive advantage on paper. Their 2.25 goals against per 60 minutes is the second best among all teams that played this postseason. (Boston’s 2.05 GA/60 sits at #1 still, but they’re gone now, aren’t they?) Meanwhile, the Kings are allowing a few more shots than they did in the regular season and allowing more goals too — 2.76 GA/60 in the playoffs compared to 2.02 GA/60 during the regular season.

The bright side for the Kings is that their offense has flipped, too. Since the end of the first round, the Kings’ offensive production has been outstanding. Their 3.35 GF/60 leads all playoff teams (only the Sharks still come anywhere close) and their 11.3 shooting percent is second only to the Colorado Avalanche. Their offense tore down Corey Crawford’s postseason save percentage from being the playoff leader at .931 to .912 by elimination.

The Kings are a team built on the idea that defense wins championships. However, unless guys like Willie Mitchell, Slava Voynov, and Quick find a way to step it up from last series in addition to Drew Doughty and Jake Muzzin staying strong, they may still have to rely on this offensive streak holding out.

FOR HOCKEY FANS WHO CAN READ GOOD

Jewels From the Crown – Stanley Cup Final Preview: Kings vs. Rangers
The Globe and Mail – Breaking down the Kings vs. Rangers
Los Angeles Register – Kings find their comfort zone under Sutter
Bleacher Report – Why Anze Kopitar Is Everything You Want in an NHL Superstar
Los Angeles Times – Kings, seeking the Stanley Cup, have a pedigree & past
Blueshirt Banter – Why You Shouldn’t Underestimate the Rangers
NHL.com – Rangers’ speed to test Kings’ depth, toughness
Puck Daddy – 5 reasons NY Rangers might not be screwed vs. Kings
NHL.com – Kings swarm, suffocate without the puck

PLAY ALONG AT HOME

We thought about creating our own game for the Final, but there honestly isn’t anything more fun than playing with Deadspin’s Doc Emrick soundboard. Emrick won’t be around for Game 1, but he’ll likely be the play-by-play voice of the majority of the series. Combine that whole drinking game plus bingo thing. Sip for every passing phrase, take a shot for every line across completely filled, and finish your drink for every line down completed. When you’re drunk, push all the buttons over and over like a four-year-old, wheeee! 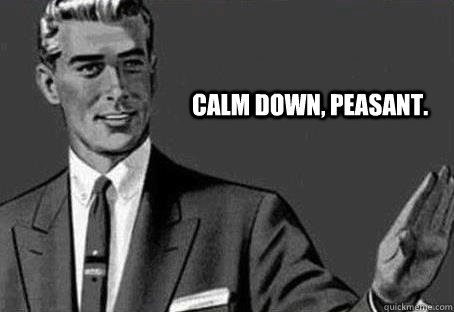 Anyway. Both of these teams have played a lot of hockey this postseason. It’s hard to imagine this last series will be any different and somehow manage to clock in at less than six or seven games. Both teams have proven that they’re resilient and can focus under pressure. They both deserve to be in the Final, and starting today we get see which one of them is more determined to raise the Stanley Cup at the end.

Well, this guy won’t get to do that. No matter what happens, Sean Avery won’t win a Stanley Cup with either team, and that’s a victory for all.